Now that we have our van, the process of conversion seems pretty overwhelming. It feels like a huge cavern, filled with options and possibilities. I’ve been reading and researching for a couple of years now, so now everything gets real.

Before starting on actual conversion work, I want to ensure I’m starting from a good place. Going through my stash of Promaster Forum saved posts, there are a number of things to check on. It’s good to know about them in advance.

There are others, but I’ll tackle them as I go.

I also started looking at the interior, and found a few things I wasn’t expecting.

It took quite a while, and careful reading of the manual, to figure out how to swivel the factory swivels. The “lever” is basically a square pad which makes up the entire lower corner of the seat. I do like the factory swivels and lower seat bases - comfortable and seem to work well. The seat belt integrated into the seat is easier to deal with than other swivels we’ve used too. One downside is there is basically no space under the seat. The jack and tools were zip-tied to the back of the driver’s seat, and I’ll need to find another home for them as our build progresses. 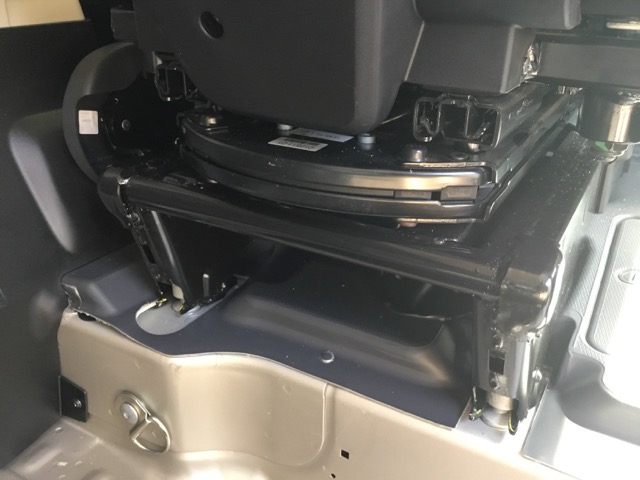 There were quite a few metal shavings on the floor of the van, and I was wondering where they came from. When I started removing the upper wall panelling, I discovered a couple of holes on the C pillar had been either added or enlarged to install the upper panels. Not sure what else I’ll find when I remove the rest of the panels to insulate.

Even with the side wall panels in place, there were a few places to try out my new Astro 1442 nut setting tool and AliExpress M8 Rivnuts as recommended by KilWerBzz. I’m not convinced on the Astro 1442 - it’s hard to compress the rivnuts, or perhaps I just need to improve my upper body strength. 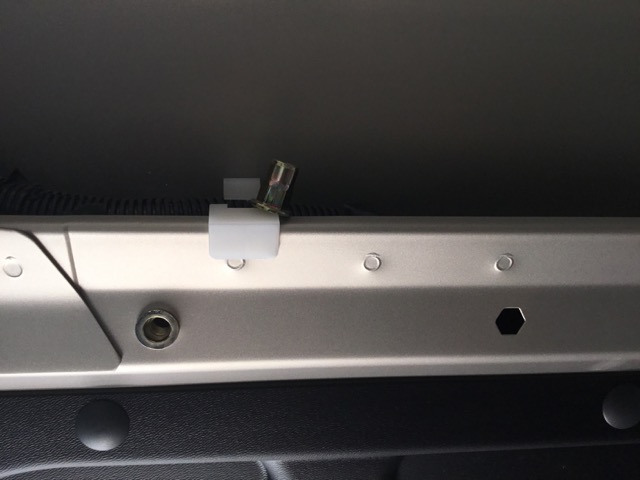 The side walls panels are black and cover most of the walls. I picked upper and lower panels since they were the same price as lowers, knowing that we would remove most or all of the uppers when adding windows. The noise level in the van wasn’t as bad as I feared, so I think the panels may be helping a bit with noise abatement. That’s still my first priority, or perhaps second after adding a floor. 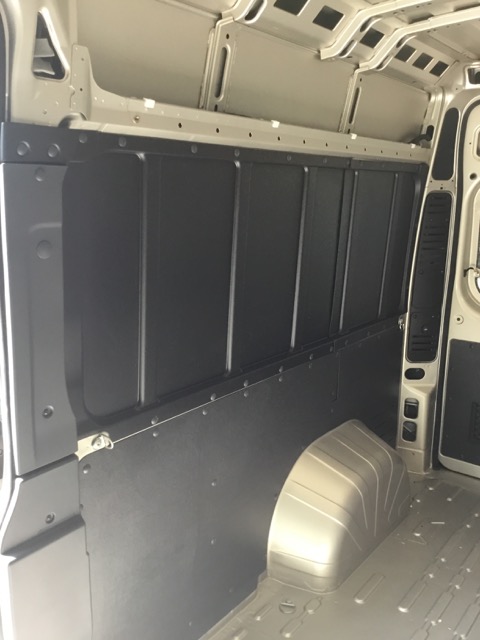 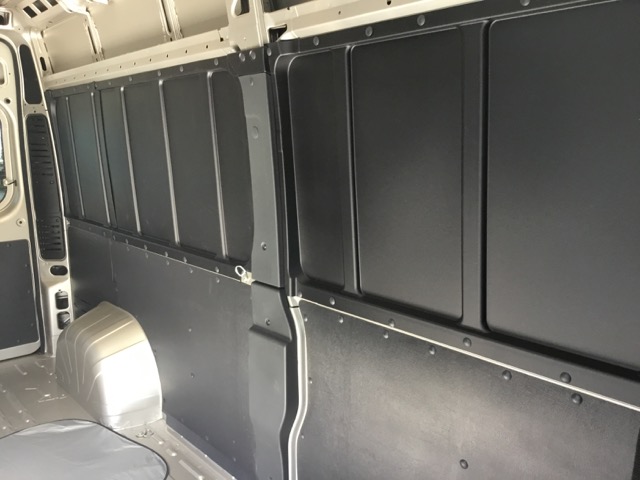 May 5, 2019
Welcome to our sub-site for documenting the build-out of our Promaster high roof van. Our intention is to use the van as a camping/biking/hiking support, and the goal is to keep it usable throughout the build process. It may not always be pretty, but it should be functional.

We didn’t want too much weight up high, but needed more storage. I really like Peter Masson’s implementation of soft-sided upper cabinets using simple duffel bags, so we copied it.

The father of a friend is a retired machinist, and still has access to his friend’s machine shop, so we took all my T-slots pieces to the machine shop and counterbored all the required holes for the 80-20 anchor fasteners.

A toilet was a key component of our build, since we’ll often be camping well away from amenities, and we liked the idea of a “composting” (more properly a separating) toilet.

One of our key priorities for the van was more light and more airflow. We liked the awning window idea, and the best option we found for behind the driver was Eurovision windows.

At invitation of HarryN from the Sprinter Forum, we drove up to Livermore to check out his new shop. He does some nice work with prepackaged electrical systems, with all components built into a flight case:

I can’t remember where I saw the recommendation for this front windshield and window cover, but it’s great.

I got the bulk of our insulation completed before New Years, but some insulation and sound deadening dragged on. Today I made a bit of progress on the sliding door and rear wheel wells.

I’ve ordered a toilet and a window for behind the driver, but haven’t decided how to lay out the rest of the van yet. CAD to the rescue!